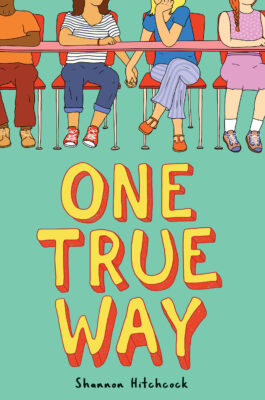 Welcome to Daniel Boone Middle School in the 1970s, where teachers and coaches must hide who they are, and girls who like girls are forced to question their own choices. Presented in the voice of a premier storyteller, One True Way sheds exquisite light on what it means to be different, while at the same time being wholly true to oneself. Through the lives and influences of two girls, readers come to see that love is love is love. Set against the backdrop of history and politics that surrounded gay rights in the 1970s South, this novel is a thoughtful, eye-opening look at tolerance, acceptance, and change, and will widen the hearts of all readers.
Shannon Hitchcock