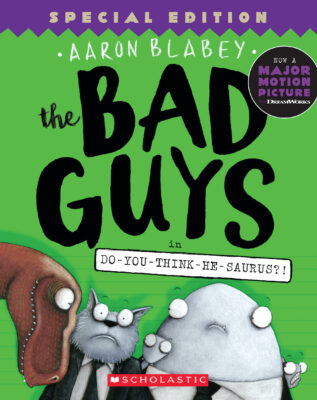 The Bad Guys have flown through outer space, made it back to Earth, and managed to land in exactly the right place... but exactly the wrong TIME. Who knew alien escape pods were capable of time travel?!? And now that they're 65 million years in the past, they must avoid being eaten by dinosaurs and fix their broken time machine if they ever want to get back home before an evil alien destroys the whole world!