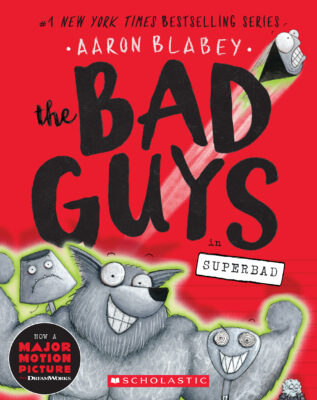 Bad Guys in Superbad, The

The Bad Guys have strangely acquired SUPERPOWERS! But their powers might be, well, defective. They can only do things like blow their own pants off in public. Not exactly what you'd call hero-caliber skills.

Defective or not, the Bad Guys have a job to do. With Dr. Marmalade ready to destroy the world, Mr. Wolf, Mr. Snake, Mr. Piranha, and Mr. Shark finally have their chance to be (super)heroes! And this time, they may just get some help...