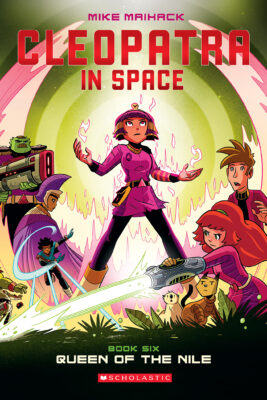 Queen of the Nile

The time has come for Cleo to fulfill the ancient prophecy that declares her a savior and a hero, a prophecy she still struggles to accept. Cleo is joined by old and new friends as they fight to defend the galaxy she's come to call home against the evil Xaius Octavian. The Queen of the Nile must summon the strength to face down her enemy one last time, and keep her friends -- and herself -- alive. Now a TV series on NBCUniversal's streaming service, Peacock!