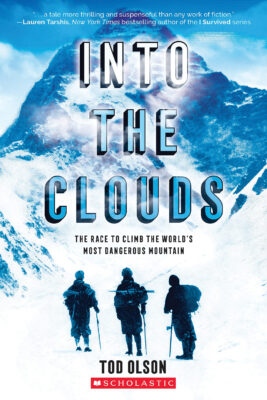 Into the Clouds : The Race to Climb the World's Most Dangerous Mountain

This fast-paced, three-part narrative takes readers on three expeditions over 15 years to K2, one of the deadliest mountains on Earth. Roped together, these teams of men face perilously high altitudes and battering storms in hopes of reaching the summit. As each expedition sets out, they carve new paths along icy slopes and unforgiving rock, creating camps on ledges so narrow they fear turning over in their sleep.

But disaster strikes -- in 1939, four men never make it down the mountain. Fourteen years later, a man develops blood clots in his legs at 25,000 feet, leaving his team with no safe path off the mountain. Filled with displays of incredible strength and heart-stopping danger, Into the Clouds tells the incredible stories of the men whose quest to conquer a mountain became a battle to survive the descent.