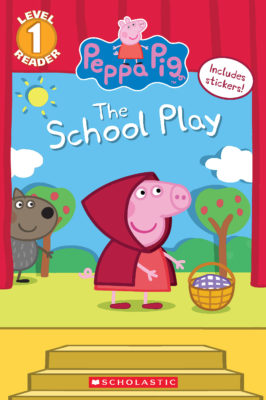 Peppa Pig's class is putting on a school play! Peppa stars as Little Red Riding Hood and Danny Dog is the Big Bad Wolf. Pedro Pony is the hunter -- but he's very shy. Will all of the children remember their lines and make the play a big success? Find out in this Level 1 reader with stickers!

Based on the hit television show, as seen on Nick Jr.
Meredith Rusu