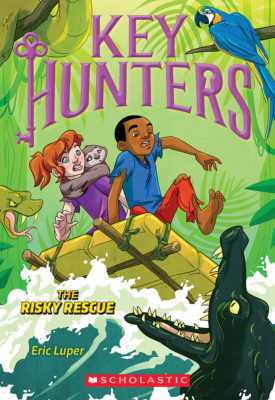 Cleo and Evan have a secret. A collection of books so dangerous they are locked up tight. And only they can find the keys to release the magic inside!

SURVIVING THE WILDERNESS IS ONLY HALF THE BATTLE!

A plane crash in the Amazon lands Cleo and Evan on the hunt for a valuable golden statue. They must find it -- and their next key -- to make it home alive. But the jungle is full of deadly creatures, raging rapids, and an all-too-familiar villain who wants nothing more than to trap them forever!