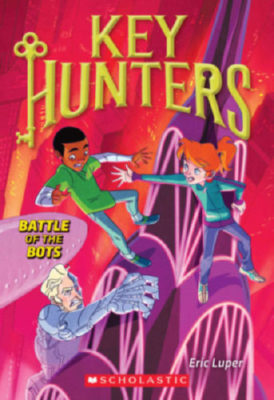 Battle of the Bots (Key Hunters #7)

Cleo and Evan have a secret. A collection of books so dangerous they are locked up tight. And only they can find the keys to release the magic inside!

THE FUTURE IS UNDER ATTACK!

A super-smart, super-evil computer network has taken over the world. And Cleo and Evan are the only ones who can take it down. But the network has sent robots, drones, and cyborgs to stop them. If they can find a way to pull the plug -- and find their next key -- Cleo and Evan just might survive this science fiction showdown!