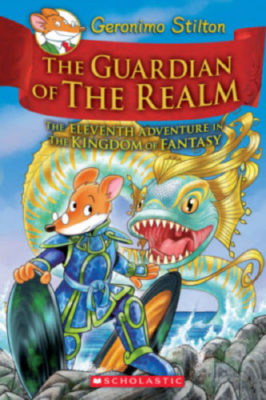 Series: Geronimo Stilton and the Kingdom of Fantasy

During Geronimo's training on the Balanced Path, he learned that Queen Blossom has had a baby! The Kingdom of Fantasy had a new princess named Winglet!

But just after she was born, the princess was kidnapped from her crib in the castle. Geronimo traveled to the castle to help figure out who took Princess Winglet and return her to her loving parents as quickly as possible. Would his training be enough to get him up to the task?
Geronimo Stilton