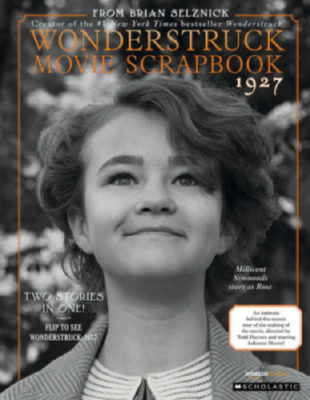 Selznick, who wrote the screenplay to the movie adaptation of his #1 New York Times bestseller, Wonderstruck, gives a breezy, personal behind-the-scenes tour of the making of the movie. The easy to browse pages are filled with fun set photos, film stills, lively text, and quotes from cast and crew, inviting readers to relive the movie and learn a little about filmmaking. Designed as a double-sided, reversible book, it echoes the look of the movie -- one half in the groovy color of the 1970s, and the other featuring glamorous black and white of the 1920s. An immersive experience for Brian Selznick fans and movie-goers of all ages.