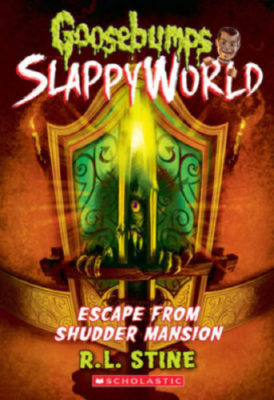 In an old-fashioned "trapped-in-a-haunted-house" story, twins Riley and Scarlett receive an interesting assignment from their teacher, Mrs. Stermon. Everyone in class needs to do a documentary video about an adventure, something exciting that they experienced.

Mrs. Stermon gives them a suggestion, along with their friends Carter, Lee, Danitia, and Mia. She shows them a brochure about a scary old house on the edge of town, called Shudder Mansion. "If you six kids and your parents can stay there overnight, you'll all get A's," says the teacher. "I'll even give you extra credit."

Just how scary is Shudder Mansion?