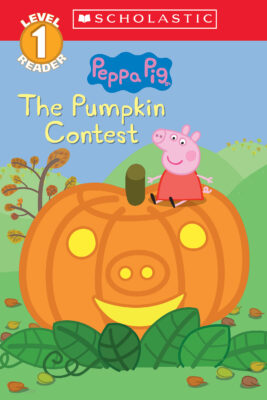 Peppa Pig's playgroup is having a pumpkin contest. Grandpa Pig helps Peppa grow a giant pumpkin in his greenhouse -- but the pumpkin is so big, they can't even move it! Will Peppa and her pumpkin make it to the contest in time?

This Level 1 reader comes with a sheet of Halloween stickers.
EOne