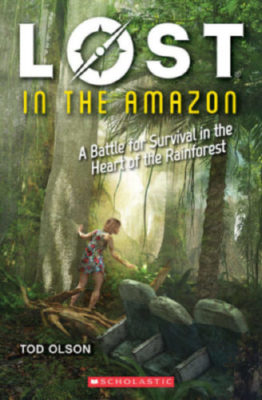 Lost in the Amazon (Lost #3) : A Battle for Survival in the Heart of the Rainforest

It was supposed to be a routine flight, carrying 86 passengers across the Andes Mountains and home for the holiday. But high above the Amazon rainforest, a roiling storm engulfs the plane. Lightning strikes. A deafening whoosh sweeps through the cabin. And suddenly, 17-year-old Juliane Koepcke is alone. The plane has vanished. She is strapped to her seat and plunging 3,500 feet to the forest floor.

On Christmas Day, she wakes. She is injured, covered in mud, but strangely--miraculously--alive. And now, in a remote corner of the largest rainforest on Earth, the real battle for survival begins.
Tod Olson