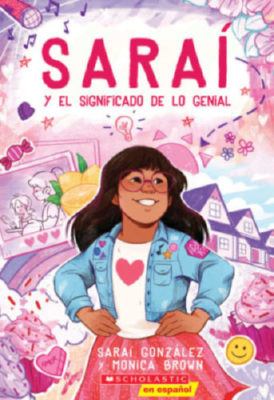 The Spanish edition of Sarai and the Meaning of Awesome!
Fourth grader Sarai Gonzalez can do anything. She can bake, dance, and run her own cupcake business. But when Sarai's grandparents are forced to move, even Sarai's not sure what to do. So she hatches a super-awesome plan with her younger sisters and cousin to buy back the house. Will Sarai find a way to save the day? Inspired by the life of viral video sensation and social activist Sarai Gonzalez with the help of award-winning children's book author Monica Brown.