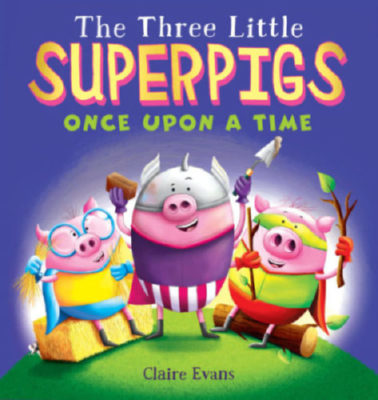 Three Little Superpigs, The: Once Upon a Time

Everyone thinks they know how the Three Little Pigs defeated the Big Bad Wolf. But that's not the whole story.

The Three Little Pigs always dreamed of being superheroes. They wore superhero outfits and played superhero games. But when they move to Fairyland, they finally get to put their superhero skills to use! When the Big Bad Wolf blows down the houses of the first little pig and the second little pig, all seems lost. But, luckily, the third little pig comes up with a SUPER plan to save the day!

Claire Evans is an author and illustrator from Liverpool, England. Her other books include The Chicken That Hatched a Cow, Robot Stop, and The Bear and the Hair.