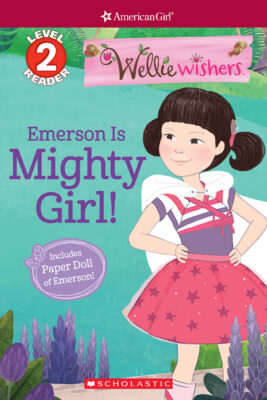 The WellieWishers love playing Garden Superheroes. But when Emerson gets carried away as Mighty Girl and ruins their picnic, her friends get mighty mad. Can Emerson figure out a way to save the day?

This Level 2 beginning reader is based on the bestselling American Girl WellieWishers characters and the charming animated series on Amazon. Includes a collectible paper doll of Emerson to dress up!
Meredith Rusu