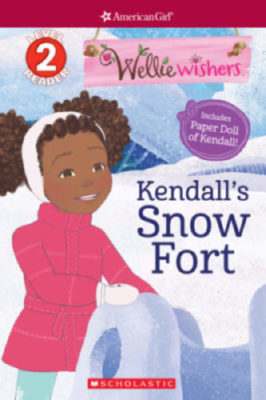 There's a storm coming! The other WellieWishers promise to help Kendall build a snow fort to keep the animals warm. But there are so many other fun things to do in the snow. Will Kendall get the help she needs before the storm arrives?

This Level 2 beginning reader is based on the bestselling American Girl WellieWishers characters and the charming animated series. Includes a collectible paper doll of Kendall to dress up!
Meredith Rusu