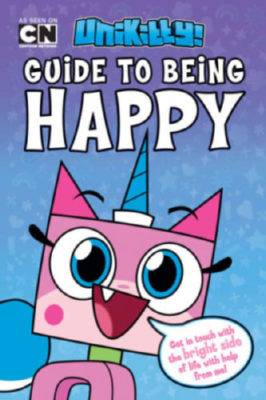 Unikitty's Guide to Being Happy

A guide from LEGO(R) Unikitty(TM) herself! The breakout star from The LEGO Movie gets her very own Cartoon Network TV show and toy line from The LEGO Group beginning in 2018. The series follows Princess Unikitty -- whose efforts to stay positive no matter what sometimes make her prone to the occasional "rage-out" -- as she keeps busy with royal responsibilities. Unikitty is most interested in making sure everyone is happy and in ridding the kingdom of negativity. She often fights the bad vibes that come from her nemesis, Master Frown, a big ol' jerk who lives in the next city over: Frowntown. Joined by a cast of wild characters, Unikitty and her friends make sure that every day is the happiest and most creative ever.

Howie Dewin is a writer who lives in Connecticut.