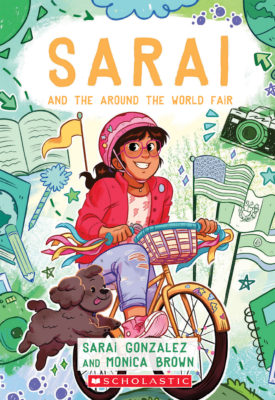 Sarai and the Around the World Fair

When Sarai outgrows her bike, she worries she'll never get to travel anywhere. But, when Martin Luther King Jr. Elementary hosts their first Around the World Fair, Sarai learns that with a little imagination, you can go anywhere you want!