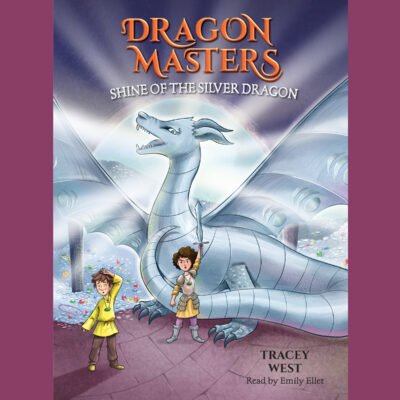 Shine of the Silver Dragon : A Branches Book

In the eleventh book in this fantasy series, the wizard Maldred is back! And Diego is under his dark spell! Drake learns that Maldred wants to control the Naga -- an enormous dragon that lives deep within the Earth. Two keys are needed to control the Naga. The first key is guarded by a Silver Dragon named Argent. Drake, Bo, and Carlos must find Argent and stop Diego before it's too late. But will Argent's powerful Dragon Master Jean get in their way? The action is nonstop in this exciting, heavily illustrated early chapter book series!
Tracey West

Nina de Polonia has loved drawing ever since she could hold a pencil. She enjoys illustrating stories and characters that are playful and quirky. Aside from illustrating children's books, she's also a crocheter, a calligrapher, a gardener, and a full-time mom. Nina lives in the Philippines.