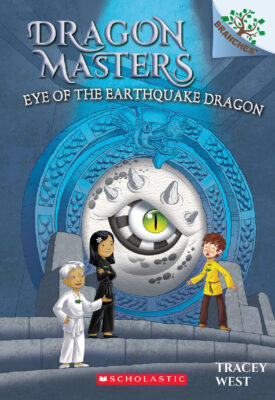 Eye of the Earthquake Dragon : A Branches Book

Dark wizard Maldred has stolen the Gold and Silver Keys! With these keys, he can now control the Naga: a powerful dragon who can cause terrible earthquakes. The Naga lives in a secret temple in the center of the earth... and Maldred is on his way there! Drake and his friends Jean and Darma travel to the temple to try to stop him. What will they find there? Will the Dragon Masters defeat Maldred once and for all?
Daniel Griffo