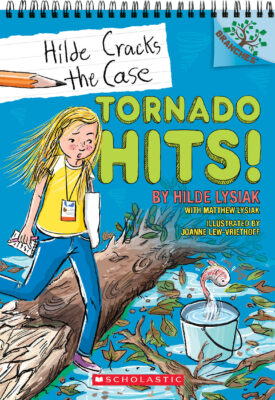 Real-life crime reporter Hilde Lysiak is starring in her very own early chapter book series -- inspired by real news stories she has written! In this fifth book, a tornado hits Selinsgrove! Hilde and her sister/photographer Izzy set out to uncover its path and report on the damage. No one is hurt, but the sisters find a strange clue: There are fish flopping all over Orange Street! Where did the fish come from? Hilde is about to discover something WILD!