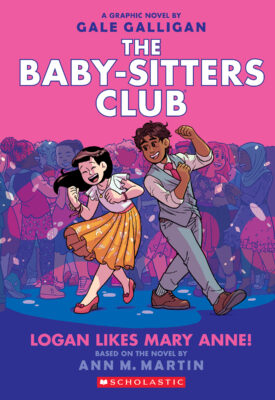 It's the first day of a new school year, and while Mary Anne doesn't know what to expect from the eighth grade, she's looking forward to getting back into the swing of things. One thing she definitely doesn't expect is to meet Logan Bruno, who just moved to Stoneybrook!

Logan has a dreamy southern accent, he's awfully cute... and he might be interested in joining the BSC. But the baby-sitters aren't sure if Logan would make a good club member, so they send him on a job with Mary Anne as a test. Logan and Mary Anne hit it off, but Mary Anne isn't sure of where their friendship could go. Life in the Baby-sitters Club has never been this complicated -- or this fun!