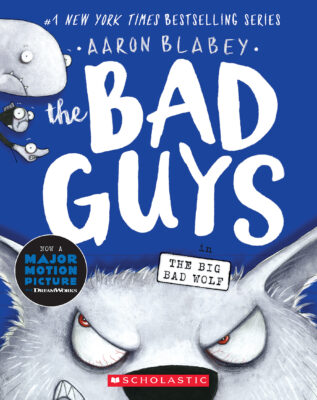 Bad Guys in the Big Bad Wolf, The

When Mr. Wolf is blown up to Godzilla proportions, the Bad Guys find themselves in monster-sized trouble. They must figure out how to stop an alien invasion and get Wolfie back to his old self before the world is totally destroyed. Good thing they have the International League of Heroes on their side, and some newly honed superpowers ready to put to the test...

Everyone's favorite hero has become a menace to society! Can the Bad Guys save the day? You know it!