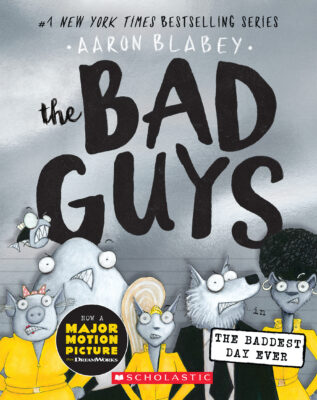 Bad Guys in the Baddest Day Ever, The

They may look like Bad Guys, but these wannabe heroes are doing good deeds... whether you like it or not! This New York Times bestselling illustrated series is perfect for fans of Dog Man and Captain Underpants.

All hail Crown Prince Marmalade! Surrender to his evil magnificence! Kneel before his butt-handed glory! Or...like...DON'T! The Bad Guys and even Badder Girls might have been knocked down, but does that mean they'll stay down? No way, chicos! Pull on your party pants-it's the ultimate battle between Bad and BAAAAAAD!