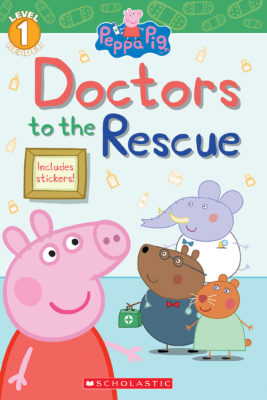 Doctors to the Rescue

One day when Peppa is playing with her friends, Pedro Pony gets hurt. They must call a doctor! Doctor Brown Bear, Doctor Pony, and Doctor Hamster all show up to save the day. Peppa and her friends learn what each doctor does to make patients feel better!

This Level 1 reader includes a sheet of stickers. Based on the hit Nick Jr. TV show!
EOne