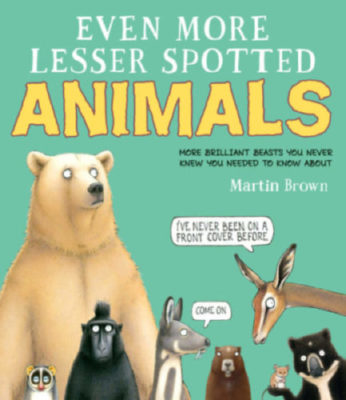 Just as Lesser Spotted Animals showed you some of the wonderfully WOW wildlife we never get to see, the next book of the lesser known animal kingdom reveals the stories of even more of the world's unseen and unsung creatures. No king-of-the-jungle, fancy-pants, hair necked lions here -- we've got the magnificent maned wolf instead. No blue whales either, we've got beaked whales -- and lorises and dingisos and dibatags and many, many more.
Martin Brown

Martin Brown moved from Australia to the United Kingdom in 1982 as a back-packing antipodean and never left. He is the illustrator of the hugely successful Horrible Histories series, which have sold over twenty-five million copies worldwide. Lesser Spotted Animals is the first book he has both written and illustrated.