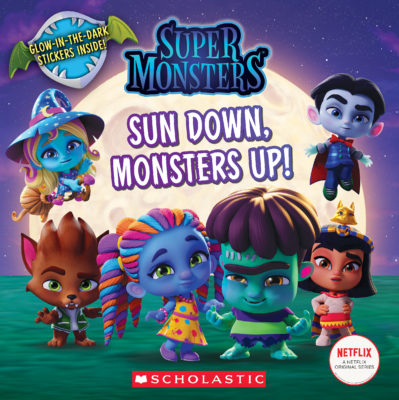 Sun Down, Monsters Up!

Pitchfork Pines Preschool is anything but normal. Once the sun goes down, the Super Monsters are ready to learn how to be the best monsters they can be!

Drac is the son of Dracula, the most famous vampire around. Katya can cast magic spells! And Lobo is a lightning-fast werewolf! When a new student arrives one night, the monster friends are eager to discover her powers and make a new friend. But Zoe is a little shy. Can the Super Monsters show her how much fun they have at preschool?

Learn about each of the Super Monsters in this super-cool storybook. Includes glow-in-the dark stickers and glow-in-the-dark cover!
Meredith Rusu