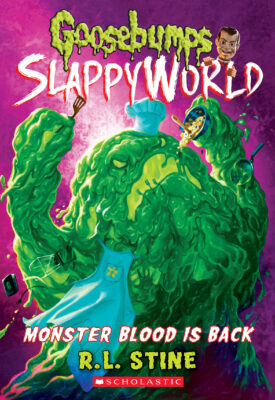 Monster Blood Is Back

Sascha Nelson and her best friend Nicole Miller love to cook! After school, they spend their time concocting new dishes in the kitchen. So when their favorite TV show Kids Big Chef Food Fights comes to their school for a special competition, they're ecstatic! But with school cheaters Ashli and Diggs also in the show, things don't seem as fun anymore. When Sascha and Nicole buy a mysterious can called Monster Blood is Back, they use it to get back at Ashli and Diggs. But as the Monster Blood grows and grows, can the two get the slime under control or will it swallow up the competition?