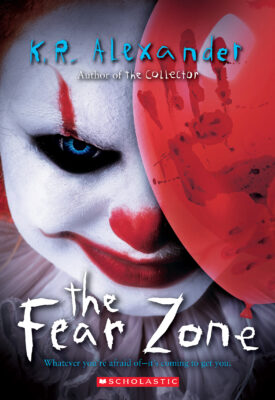 If you don't stand up to your fears,
they will destroy you.

An evil force is unleashed - a force that takes the shape of their worst fears.

A shark in the water.
A ghost in the walls.
A nightmare of being buried alive.
A snake about to strike.
A sinister clown waiting in the woods.

Once these fears are released, they won't go away. Not without a fight. . . .

K. R. Alexander scours the world for fantastic and true stories (but this book is made up . . . right?) and is an avid collector of things mysterious and macabre. K. R. is the author of many books for adults and teens, though they write under various guises.