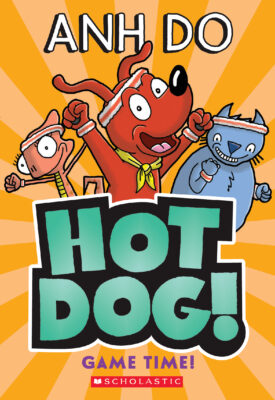 by Anh Do, Illustrated By Dan McGuiness

Hotdog, Lizzie, and Kev are training for GAME DAY! They want to win the big prize--an awesome trip to Rainbow Island! That's where Kev's mom lives!

They'll need skill, speed, and strength. Do they have what it takes to win?
Dan McGuiness

Anh Do is an accomplished writer, actor, producer, and stand-up comedian, as well as a runner-up on Australia's Dancing with the Stars. His award-winning adult autobiography, The Happiest Refugee, is an international bestseller, and he's the author of two bestselling chapter book series, WeirDo and Ninja Kid. He lives in Sydney, Australia.