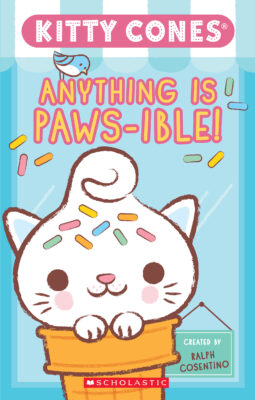 Anything is Paws-ible (KITTY CONES)

Meet the Kitty Cones! Miyu, Koko, Yumi, and their unicorn pal Uma love to have fun-even if they sometimes get into paws-itively purr-fect trouble! Whether it's making mewsik, cooking up pupcakes, or just kitten around, discover these kitties' hilarious (and delicious!) adventures in one sweet hand-er, pawbook!
Meredith Rusu