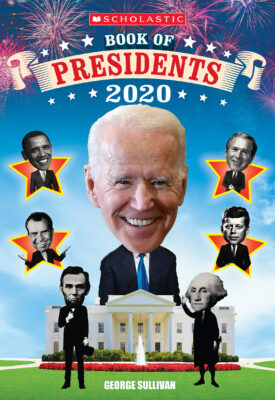 Refresh your knowledge of the leaders who took our nation's highest office with this easy-to-read, fact-filled book of mini biographies on everyone from George Washington to Donald Trump, and catch up on all the biggest news from the 2020 election season. The Scholastic Book of Presidents will tell you:

Alongside photographs and lists of key events, this book covers everything you need to know about each president's major accomplishments in and out of the Oval Office. A must-read for history buffs, educators, and anyone with a budding interest in politics, past or present.