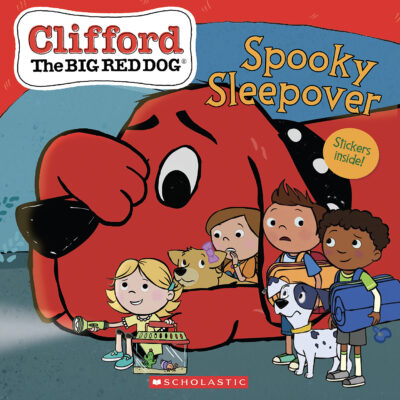 It's almost Halloween! Clifford and Emily Elizabeth decide to celebrate by camping with their friends in the backyard. They are telling ghost stories by the campfire, but then they start hearing spooky noises and seeing weird shadows. Is there someone -- or something -- in the backyard with them?!

Featuring adorable art from the new TV show on Amazon and PBS Kids, plus a full page of spooky stickers!