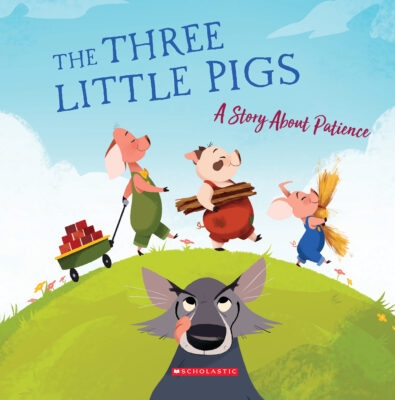 Three Little Pigs, The : A Story About Patience

Series: Tales to Grow By

Fairy tales are stories that have been passed down through generations. Their ancestral wisdom offers readers a truthful and extensive portrait of human behaviors and human experiences. This is why fairy tales are the perfect tool to teach character education.

Tales to Grow by is a new series of books that unlocks the power of fairy tales. Each tale is retold to highlight important emotions, feelings and attitudes of its characters. Beautiful illustrations make the story accessible to young readers. Questions throughout the book and backmatter written by a children´s therapist guide the educator through the story and allow the readers to get in touch with their own feelings and emotions. The mix of rich content and visuals allows our little readers to enjoy the magic of the stories while developing strong and independent character.

In this ironic retelling of the classic fairytale, children learn the importance of being patient and choosing carefully when it matters most.
Meredith Rusu