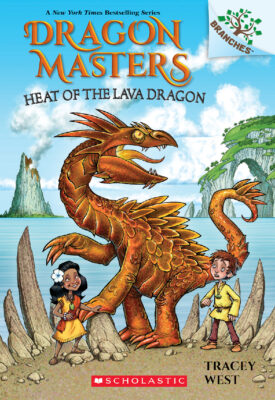 Heat of the Lava Dragon

Evil wizard Astrid has trapped Drake's friends in stone and she is getting closer to casting an even more dangerous spell! To stop her, Drake and Ana travel in search of Ka, a mysterious and greatly feared Lava Dragon. But who is Ka's Dragon Master? Can a young girl find the dragon and stop Astrid -- before it's too late?