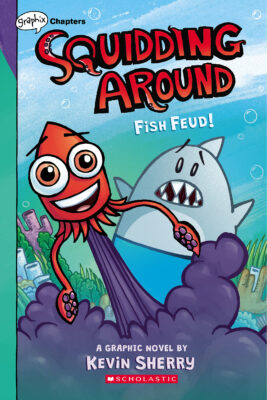 Squizzard is a little squid with a big personality. He loves telling jokes, scarfing sardines, and hanging with his best friend Toothy. But the thing he loves most is being in charge. When Squizzard makes up games, he is always the hero and Toothy is always the sidekick. He never listens or admits he's wrong, and one day he pushes Toothy too far. His bossiness causes a rift in their friendship the size of the Mariana trench! Can Squizzard convince Toothy to give him a second chance or is he doomed to be the loneliest kid at Deep Reef Elementary?